John Fitzgerald was known as the “Pioneer Catholic of Lincoln”. He was an Irish immigrant without formal schooling, worked in construction and formed his own construction company. This company played an important part in the development of the Nebraska territory. His company built most of the Burlington railroad between the Missouri river and Denver.

In 1885 he was the first president of the Irish Land League which was organized to aid the people of Ireland in their struggle for freedom and in 1889 he owned two of the largest and best managed farms in America, 8000 acres at Greenwood and 6000 acres in Gage County.

Some of Mr. Fitzgerald’s notable business accomplishments include the construction and operation of the first street car company in Lincoln, served as president of 1st National Banks of Plattsmouth and Greenwood as well as president of the Nebraska Stockyards Company and also owned and operated the West Lincoln Brick & Tile Works. 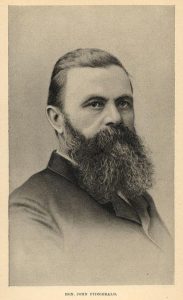 Not only was Mr. Fitzgerald a very successful businessman, he was also instrumental in planting the growth of the Catholic faith in Lincoln. He purchased a large house in Lincoln and invited Nuns from Philadelphia to operate it as a boarding and day school for young boys and girls which was at that time Lincoln’s only Catholic School.

Our Knights of Columbus Council was chartered on February 7, 1904. In recognition of John Fitzgerald’s exemplary life as a Catholic Gentlemen, the newly formed Council in 1904 proudly chose Fitzgerald as the name of their Council. John Fitzgerald was respected for his strict integrity and boundless energy by men of all shades of religious and political belief.

Information noted here was taken from “History of the City of Lincoln, Nebr” By A.B. Hayes and Sam D. Cox 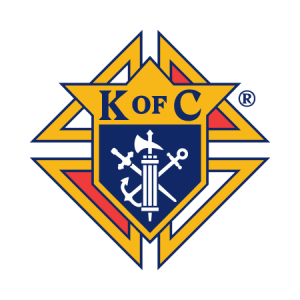